I Love You, Man is easily the bromantic comedy of the year today. Much like last year’s bromantic (ok little bromantic) comedy, Role Models, this movie is packed with laughs. I Love You, Man showcases the genius of Paul Rudd and Jason Segel. According to my sources these two actors were really funny. Also, it says here that I enjoyed the movie and laughed out loud on many occasions. I won’t bore you with too much of the plot, but it’s your typical guy-gets-engaged-doesn’t-have-any-guy-friends-so-he-tries-to-make-one-in-time-to-have-a-best-man-for-his-wedding-and-hilarity-ensues movie. We’ve seen it all before. I Love You, Man has the usual crude, immature humor one might expect from this type of movie. If you like that sort of thing, you’ll laugh like I did. If you don’t, you may want to see a doctor and find out where the hell your funny went. Poopie head.

On a scale from The Brothers Solomon to a Dumb and Dumber I’d put this one at about a Blades of Glory.
Take what you will from that, Broseph!
Posted by Jay at 3:26 PM 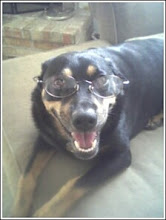